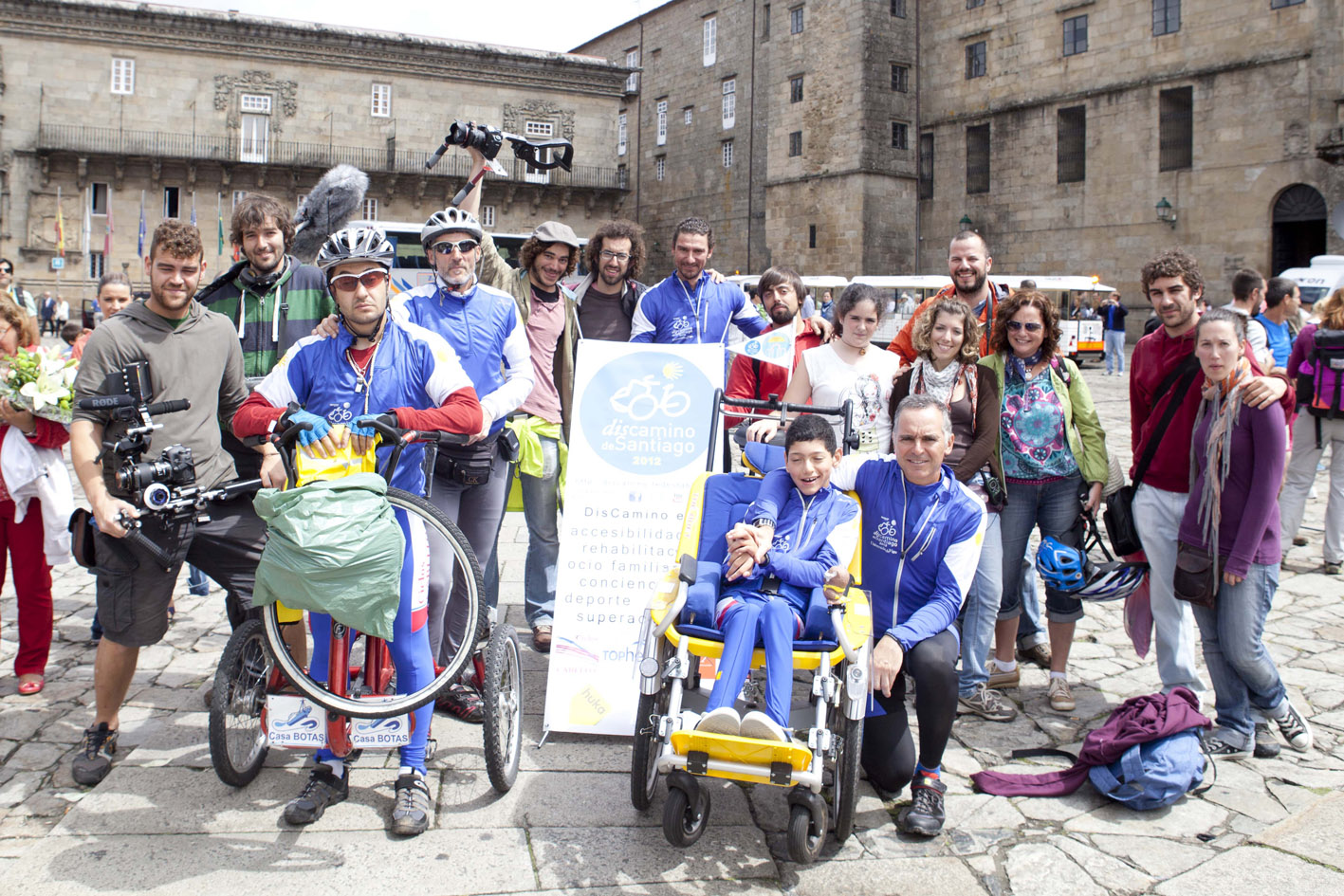 The background to DisCamino began in August 2009, when Gerardo, a deaf and blind boy from Vigo, did his first Road to Santiago pedalling on a Copilot, a tandem tricycle, designed in Holland, donated by a kind soul so that he could live his dream.

Once in the square known as Obradoiro in Santiago, at the end of the route and those of us who had accompanied this “adventurer pilgrim” enthusiast (which is how he likes to introduce himself) congratulated us for having reached the finishing line without the slightest mishap, Gerardo uttered some words that had a tremendous impact on us, “Javier, go and look for other people with problems like mine to carry on doing the Pilgrim Road for many years to come”.

It was to become an instrument in making it easier for anybody with a disability to enjoy all that pilgrimaging has to offer for all pilgrims on the road.

But DisCamino is not just the route: it is also the physical and mental preparation required to meet this challenge; it is the friendship that arises from sharing challenges; it is the hope of being involved in something that can change a life and fill it with meaning; it is the day to day of many people who, even though they are never going to be able to pedal, have a need for something or for someone to help or go with them on their road through this world.

Disorder of the senses

In 2012, Javier Luque and his son, Antonio, with cerebral palsy, followed the Road to Santiago on a tricycle, from Roncesvalles, and made a documentary of their trip.

The documentary, “The disorder of the senses”, takes us on a trip on the road to find-out that runs through our five senses to show us the reality of the world of Antonio and Gerardo, two young disabled boys who take on the French route along the Road to Santiago, by bicycles. With the help of relatives and friends, our leading figures show us that the real road continues beyond Santiago de Compostela.

A trip on the road to find-out through new forms of perception, led by Antonio and Gerardo, two young disabled boys doing the Road to Santiago by bicycle.