In 2010, we followed the Road alongside Juan Sebastián, a young Columbian boy suffering from cerebral palsy.

The First Road of the Senses set out on Tuesday 18th August in 2009, although it harks back three years earlier, when I first met Gerardo. Gerardo is deaf and blind, but he is full of life and dreams, just like anybody else. On that 18th August of 2009, we left Vigo in a van heading for Roncesvalles, intending to pedal back and pilgrimage to Santiago. And we got there … going through Pamplona, Cizur Menor, Villamayor de Monjardín, Logroño, Navarrete, Belorado, Burgos, Carrión de los Condes, Mansilla de las Mulas, León, Astorga, Villafranca del Bierzo, El Cebreiro, Sarria and Arzúa, before Gerardo saw his dream come true.

Needless to say, making his dream come true opened up doors that Gerardo, until then, had never even imagined, leading us to think about what to do with him the following year. There was no need to turn this over in our minds too much. The reply reached us on the internet, thanks to the link with Francisco Meneses, father of a young boy suffering from cerebral palsy. It worked out slightly different that year – 2010 – so much so that even the name of the project was changed. It was no longer The Road of the Senses – 2010, but rather The Bicycle of Hope – 2010. Why this change? Because this time the leading role was no longer played by Gerardo, but rather by a Columbian boy called Juan Sebastián. Francisco’s son, in fact. This second adventure began in Madrid and took us on our two-saddled tricycles, once again, to Santiago, riding through Segovia, Ávila, Peñaranda de Bracamonte, Salamanca, Zamora, Granja de la Moreruela, Benavente, León, Astorga, Ponferrada, A Rúa, Monforte de Lemos, Orense, Vigo and Pontevedra. Once again, it turned out to be a very enriching experience, both for those of us doing the pedalling and for those welcoming us into their cerebral palsy associations. And this was what the project was all about, about sharing the Columbian and the Spanish experience in the sphere of such a special, broad-based disability as this. 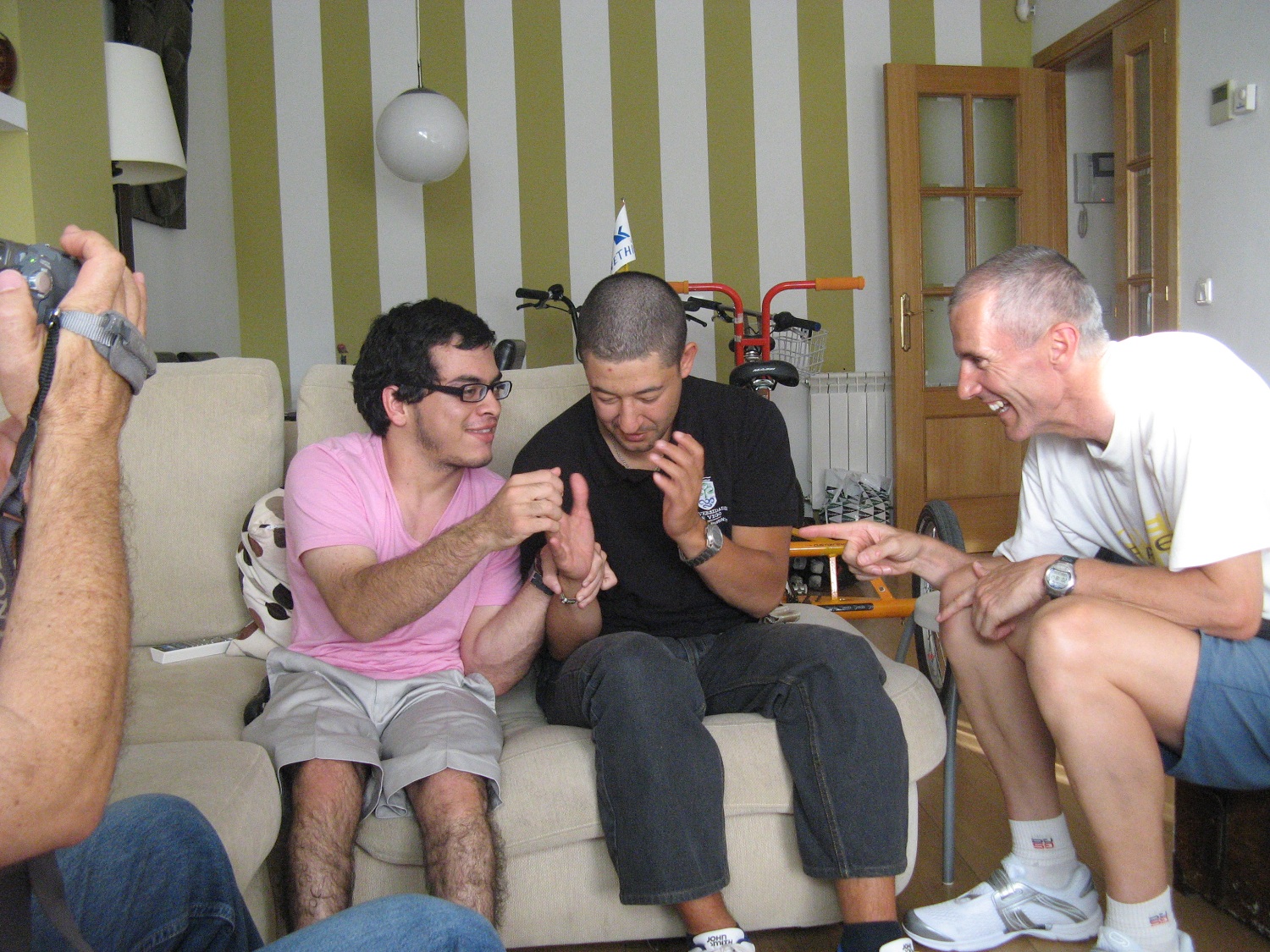