And in 2015 came the explosion. The family had grown so much that neither one, two nor three DisCaminos were enough: we had to set up four to respond to all the dreams surrounding us. There was nothing as ambitious as what happened in 2014, but we were sure that what we did filled with joy those who dared to accompany us.

This was the most important project of the year, involving following the Silver Way with the 3 adventurers who did the Rome Way in 2014. This time we took 2 tricycles and the 3 friends together. The idea is to continue to cover 60 km stages on average, as has normally been the case on all previous DisCamino adventures, but with the difference that each one of them will pedal only two thirds of each stage. This was about adapting the route to the regression of Gerardo’s physical conditions, because of his illness, of José Varela’s, because of his age, and Maxi’s, because of the punishment to which he is subject by the special elements of the bicycle’s structure that his body requires. They were joined by Javier and Antonio Luque, friends on the 2012 adventure and co-protagonists along with Gerard in the excellent documentary entitled The disorder of the sense.

Because of Diana’s physical condition, this was, by far, the hardest challenge of all to date that we have dealt with, but when we saw David’s face when he told us that, for them, it would be “the nearest thing to a honeymoon that they could never have even dreamt of” led us to launch into this with everything we’ve got. This took place from 3rd to 15th August. A new documentary was made on this road: Diary of a Road. 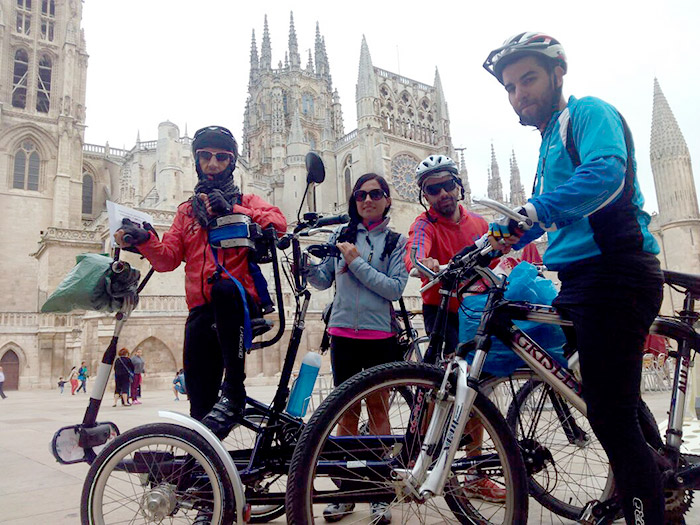 For the third time that year, we headed for Santiago starting in Vigo. Javi pedaled with his hands on a handbike because his legs, as he so rightly puts it, are no longer his own. He followed a Mini-Pilgrim’s Road since, for the time being, we hadn’t the appropriate vehicle for a long route and it is extremely hard work for him to pedal uphill with what we have right now. On board with him on Copilots wnet Paula and Juan, Javi’s friends at APAMP, who also have cerebral palsy. Isabel also joined in, a new friend of ours suffering from ataxia. They pedaled from 26th to 28th June. 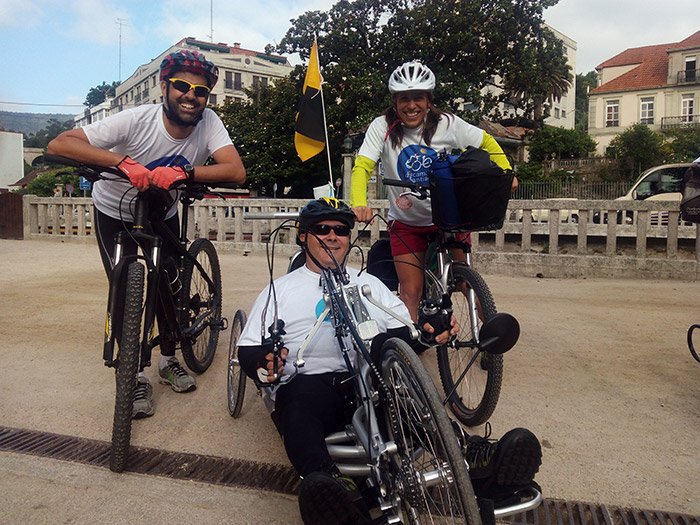 There was yet another commitment that we had taken on board: to act as guide and to accompany friends from the Integral Personalized Attention Centre in Bóveda (Lugo) on their pilgrimage on foot and in wheelchairs along the Portuguese Road. There were 13 taking part: 5 walking almost normally, 2 walking with the help of special sticks, 6 in wheelchairs and 4 who only covered the final entry into Santiago due to the serious pathologies that they suffer from. This took place from 17th to 21st June. 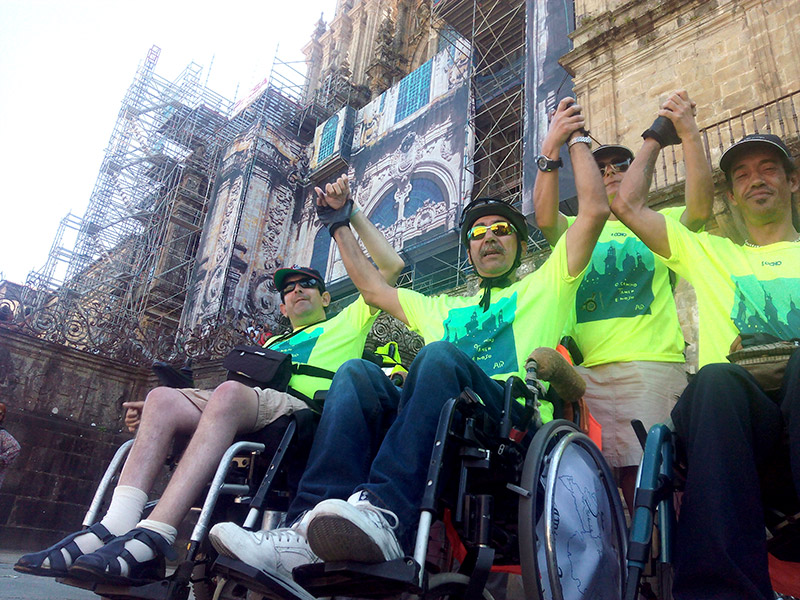